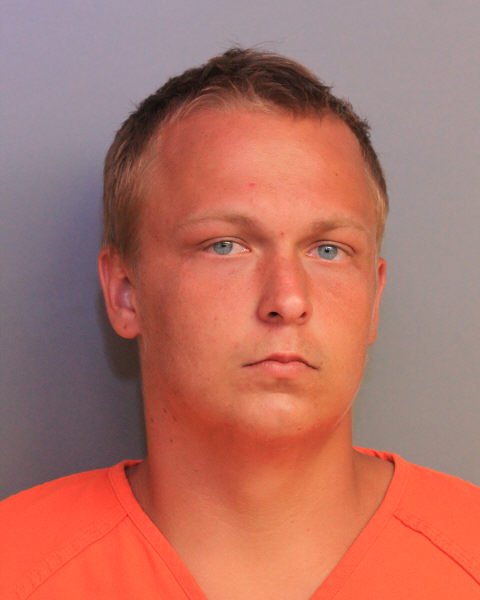 Lake Wales, Florida – On Tuesday June 14, 2016. The Lake Wales Police responded to dispatch call in which a witness observed a subject walking from the Blue Star Lodge towards the Laurel Mobile Home Park and was armed with a handgun. Dispatch relayed a description of the suspect as a white male wearing a black shirt and a blue bandanna. A Lake Wales Police Officer was able to locate a white male fitting the description at Grove Avenue and Miami Street. Officer The officer held the suspect, Thomas Craig DOB: 03/09/1994, at gun point and asked if he had a gun on his person. Craig advised the officer he had a handgun in his pocket. Two additional officers arrived and Craig was secured in handcuffs. Officers located the firearm in Craig’s front left pocket of his shorts. The firearm was a Smith & Wesson Bodyguard 380. The firearm was loaded with three rounds in the magazine and one in the chamber. During the investigation Craig said he was a convicted felon and knew he should not be in possession of the firearm. Officers checked Craig through FCIC/NCIC which confirmed the felony convictions for burglary and grand theft. Officers also checked the firearm through FCIC/NCIC which showed it has not been reported stolen. There were three witnesses on scene which said they observed Craig with the firearm and were asked by Craig if they knew of anyone wanting to buy it. Craig was arrested and booked into the Polk County Jail.