The Fort Meade Future Farmers Of America (FFA) went hog wild barbecuing pork to raise money to give their students even more pork to raise as livestock.

More than 500 barbecue dinners were prepared during the 28th annual barbecue fundraiser hosted by the FFA Alumni at Fort Meade Middle-Senior High School on Saturday. 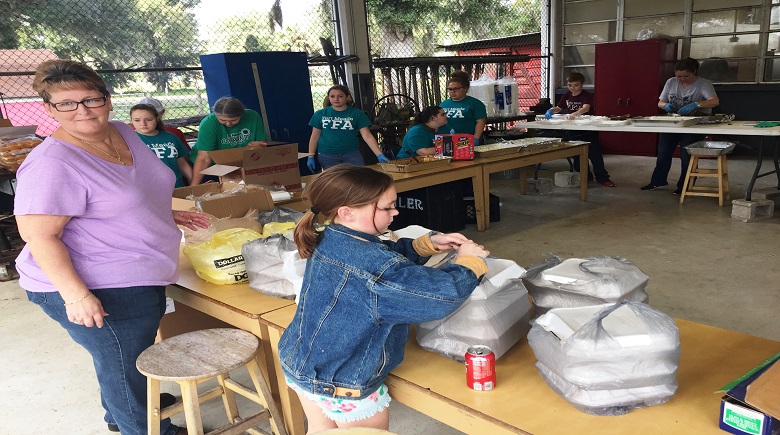 Both alumni and current students prepared the meals consisting of barbecue ribs, smoked chicken, coleslaw, baked beans, and dinner rolls at the school’s Agricultural Department, where the dinners were distributed to the public.

The money raised during the event will go towards purchasing hogs from the youth fair for the students to help raise, explained Chris Lucas, FFA Alumni President.

Lucas and the other alumni members arrived early on the school grounds to start the preparations. They began at 3:30 a.m. to fire up the smoker and chop the log, and began smoking the meat around 5 a.m. 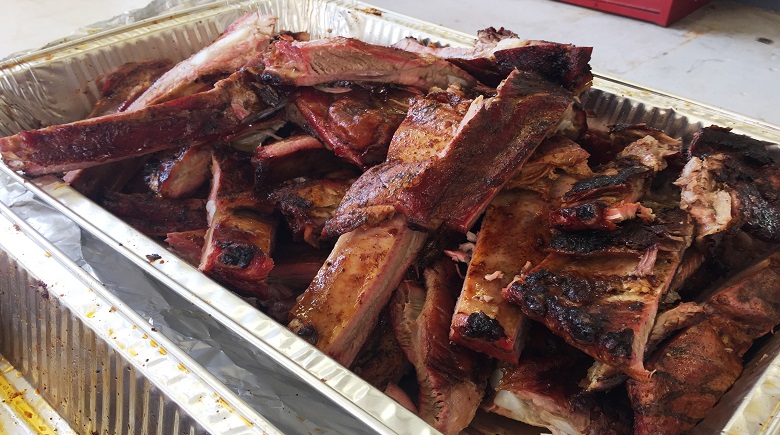 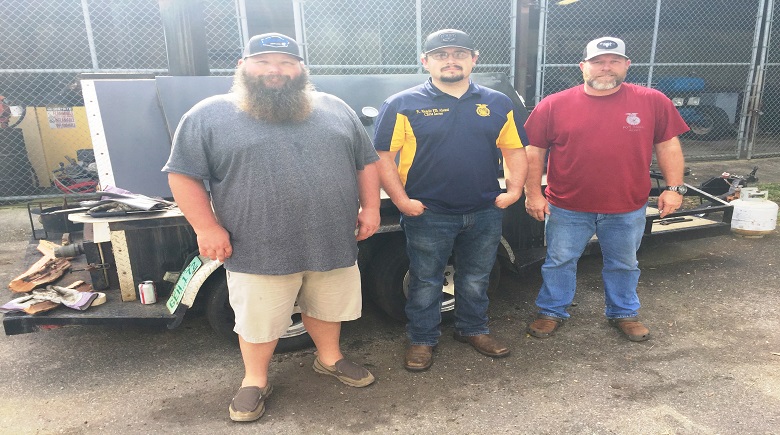 While meal distribution began at 11:30 a.m., customers began arriving as early as 11:15 to wait in line to pick up their orders, Lucas said.

Not only does the event allow the children to raise money for their endeavors, but it also provides them with experience through community service hours to go towards their school projects, college applications, and scholarships, Lucas said. 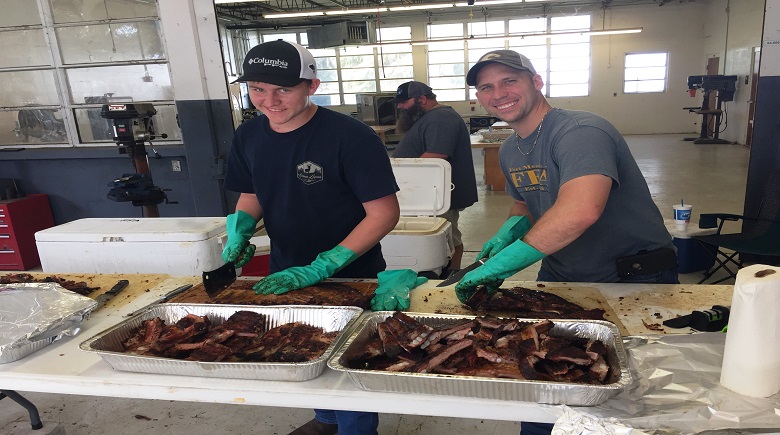 “So far, everything is going as expected,” he said. “That is for the kids, but also incorporate the kids to show that this is for them and they can help.”

Tim Bearden, Vice President of the FFA Alumni, has been involved with the fundraiser for the past 10 years. The fundraiser itself has been a tradition since 1992, and is one of two major events (the other being the pancake auction in November) used to raise funds for FFA and 4H.

“That is what it is all about: raising the money and give this money back to the kids by buying their hogs and other stuff,” Bearden said. “It is a way to help the community.” 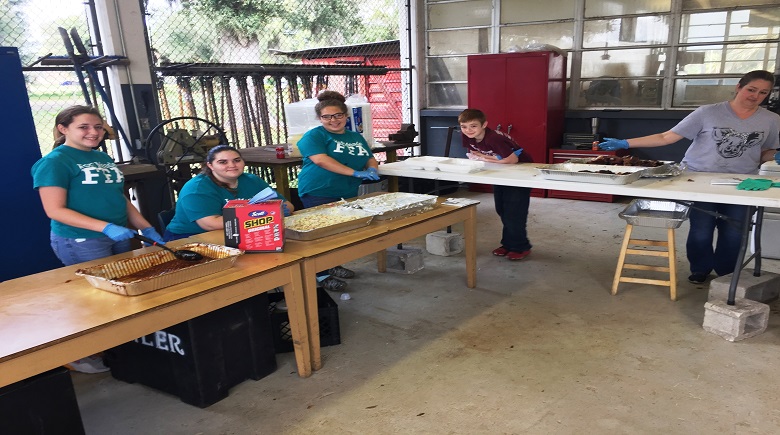 Most of the event managed to exceed expectations. There were no major problems or complaints, and despite some weather issues earlier that day, the fundraiser drew in a decent turnout, he said.

“I like that the community comes together and works together like this,” he said. “I think it is very important to keep things like this moving forward raising the animals. I think there is a falling away from that stuff, we are working to keep that heritage alive.”