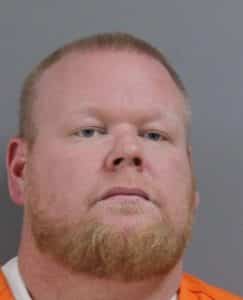 Forty year-old Jonathan Chad Murray of Lakeland (Longfellow Ln., Lakeland) is facing felony charges of forgery, criminal use of personal identification and grand theft after an alert Verizon General Manager noticed suspicious activity using Murray’s dealer code.
Murray, who worked at the Verizon store located at 901 Havendale Blvd. in Winter Haven conducted the transactions in December 2018. Murray was a sales representative at the store and each employee has a unique dealer code. Invoices were opened in which cellphones were purchased, cell phone plans were activated and financing contracts were established. The cell phones were shown as sold by a third party seller because the invoices never had any payments posted to the accounts.
Looking further into the contracts, video from the store was pulled when some of the transactions took place. Murray is seen on video signing signatures on the signature pad at his work desk with no customers present. Although Murray’s dealer code was used for five different names, two victims have been positively identified and Murray is charged with fraud against those two.
Murray was interviewed at the Polk County Jail in June 2019 where he was incarcerated on unrelated charges. Murray remains in the Polk County Jail and is charged with three counts of Forgery (F3) F.S.S. 831.01; three counts of Criminal Use of Personal Identification (F3) F.S.S. 817.568(2)(A); three counts of Grand Theft (F3) F.S.S. 812.014(2)(C)1; one count of and Obtaining Property by Fraud (F3) F.S.S. 817.034(4)(A)3.