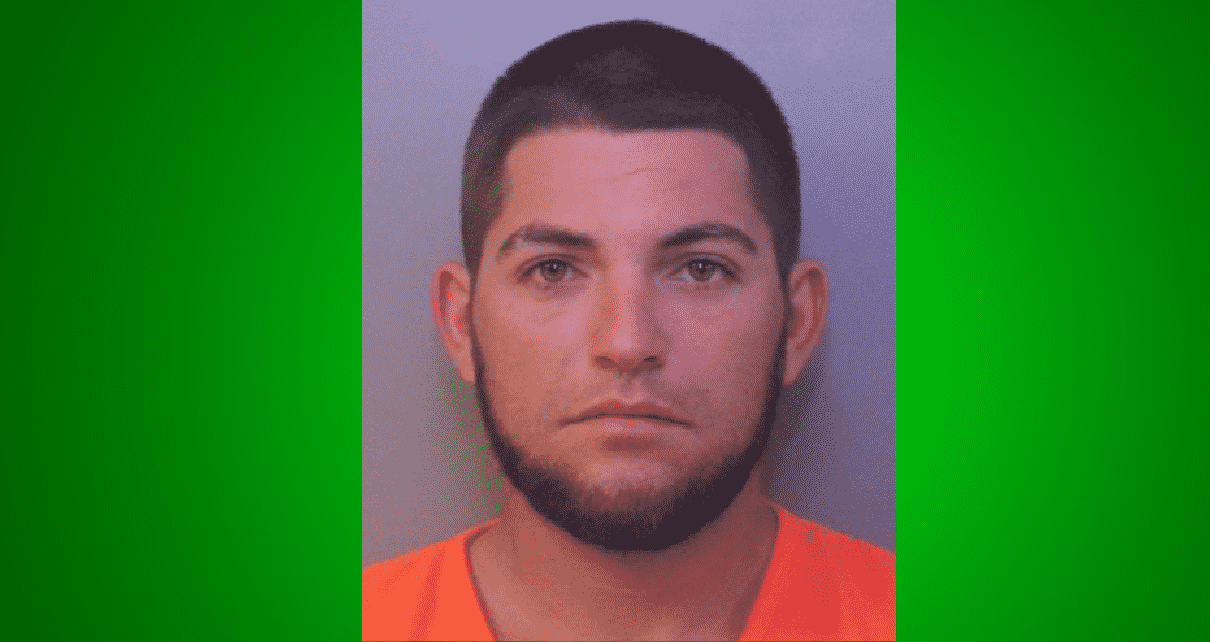 According to reports, Dewey Carnley Jr. was in his back yard shooting at around 8pm, Saturday night, and was confronted by a neighbor, Kolby Shepherd, who told him to not shoot in the park.  Dewey informed him that he was only shooting a water moccasin.

Later during the PCSO investigation they did located a dead water snake in the yard. According to reports it was left at that. Then at approximately 2:50am Sunday, Dewey was out shooting again on his back porch. Kolby Shepard and his brother Kyle Shepard went to confront Dewey Jr. again.

This time, according to reports, Kolby grabbed a leather whip and Kyle knowing his brother was going towards and armed man with a whip, got his AK-47 type gun from his truck and proceeded over to Dewey Jr’s place. One thing led to another and according to reports, Dewey Jr. shot Kolby for apparently striking him with the whip, Kyle shot Dewey Jr. and also his brother Kolby while retaliating for Dewey Jr. shooting Kolby.

Kyle is charged with attempted murder. Dewey and  Kolby are recovering from gunshot wounds. No charges have been filed against Dewey Carnely Jr. or Kolby, but the shooting is still under investigation.