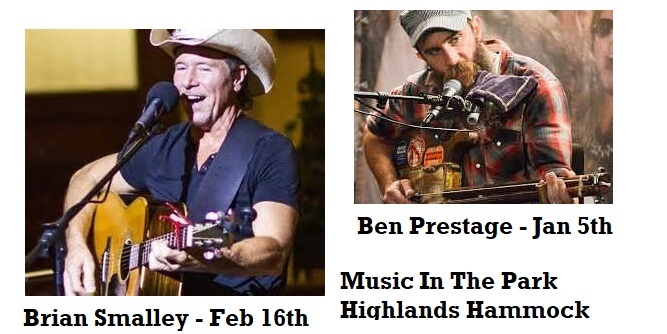 Sebring:  Blues musician Ben Prestage will liven up the New Year on January 5 at the first performance of the Music in the Park winter concert series.  Prestage, a “one man band,” is billed as one of today’s most talented ‘outsider’ musicians.  Considered to be “the future of American Blues, Roots Music and Americana,” Prestage is a Florida original and a one-man-band. 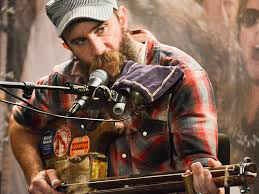 He is known for his unique instrumentation of fingerstyle and resonator guitar, harmonica, banjo, lap-steel, fiddle, foot-drums, and vocals.  Influenced by Mississippi blues and culture, he grew up near the headwaters of the Everglades in what he refers to as “panther, gator, and cottonmouth country.”  Prestage has played historic Beale Street in Memphis and received many awards including the International Blues Challenge, the Lyon/Pitchford Award for “Best Diddley-Bow Player,” and “The Most Unique Performer” at the Song-writers Showcase of America.  www.benprestagemusic.com/

Another Florida original, singer, songwriter Brian Smalley, is scheduled to play on February 16.  Smalley plays full out from the heart, blending his soulful, earthy voice with high-energy acoustical guitar, spinning humorous tales and moving ballads of Florida that captivate audiences. 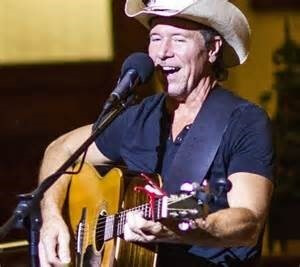 https://www.reverbnation.com/briansmalley.  Bring blankets, lawn chairs, and flashlights and enjoy an evening of music under the stars from 7:00 pm to 9:00 pm.  Park entry fees are waived after 6:00 pm on concert nights. Food vendors will be on site.  Admission for all concerts is $10 per adult.  Accompanied children 10 years and younger are free of charge. Admission applies to both campers and day visitors. Pets are not permitted, so please no dogs. Music in the Park concerts are sponsored by the Friends of Highlands Hammock State Park.  Concert proceeds benefit park improvements via the Friends. Call the Ranger Station at 863-386-6094 for more information.  Highlands Hammock is located at 5931 Hammock Road in Sebring.