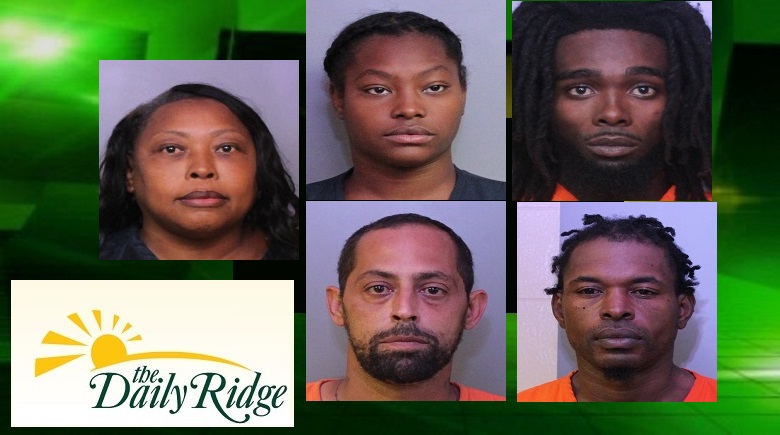 On Wednesday June 20, 2018 Lake Wales Police executed the second search warrant in a little over a month in the Grove Manor housing complex in Lake Wales. The first warrant was served on May 17th at 33 W Seminole Avenue Apartment A. In that case, Members of the Lake Wales Police Department’s Crime Suppression Unit were able to purchase marijuana from the residence after seeing an increase in activity including gambling on the sidewalks, loitering at and around this location and complaints from other residents.

During a search of the residence prescription medication and ecstasy (MDMA) were located inside the residence. Detectives also found large amounts of snack type foods (Skittles candy, pickled sausages, etc), canned drinks including beer and untaxed black and mild type cigars. The resident, Alcatrina Hawkins, age 48 and her daughter Laqueira, age 19 were arrested. Alcatrina was charged with possession of a prescription without a prescription and keeping a shop/vehicle/etc. for drug related purposes.  Laqueria was charged with possession of MDMA, possession of cannabis and possession of drug paraphernalia.  During an interview, Alcatrina admitted to running a convenience type store out of her apartment to make extra money. They were first taken to the Lake Wales Police Department and Later to the Polk County jail.

During that investigation Detectives learned that the residents living next door at apartment 35 W Seminole Avenue Apartment B, were also selling narcotics. Members of the Crime Suppression Unit began investigating this residence and were able to purchase ecstasy (MDMA) there.

Another male identified as Jimmy Taylor Jr, age 37 from 12 W Seminole Avenue was found inside the apartment. During a search marijuana was located hidden inside his shoe. He was taken into custody for possession of marijuana.

Rodriguez, Jones and Taylor were all transported to the Lake Wales Police Department and later to the Polk County jail.

The Lake Wales Police Department will be working with the Lake Wales Housing Authority to remove these individuals from subsidized housing who are committing crimes inside of these residences and causing problems for their law-abiding neighbors.

If you have any other information about this residence or the subjects involved please contact Detective Travis Worley at 863-678-4223. If you wish to remain anonymous you can contact Heartland Crime Stoppers at 1-800-226-TIPS (8477).