Tech Tuesday: What is all the excitement over net neutrality all about?

In 2015 Barack Obama introduced a law requiring internet providers to treat all web traffic content equally. This meant that internet providers could not deliberately slow down or throttle traffic from specific websites or applications.

What does all this mean? Example, if your internet provider was Charter and you were utilizing a service like Netflix Charter was required to treat Netflix traffic the same as its own provided services. Charter could not slow down Netflix’s service or try and charge Netflix to be part of a carrier provided internet “fast lane” or service level guarantee. Thus providing consumers the freedom to pick and choose what services they consume without fear of being limited or denied access to content.

This all changed due to a ruling in December of 2017 where the Federal Communications Commission stated that the Net Neutrality Laws were stifling innovation and repealed the Net Neutrality ruling. The change went into effect on June 11, 2018.

So you’re probably thinking, how could this change affect me? According to Net Neutrality advocates the repeal could give internet providers control of how online content is delivered to the end consumer.

Internet Providers could prioritize their content over other services like Netflix. This could lead to slow load times, video lag, or poor consumer experiences. Effectively forcing you to change to a service your Internet provider supports or charging you additional fees to have “high speed” access to these services so that you have a better experience. 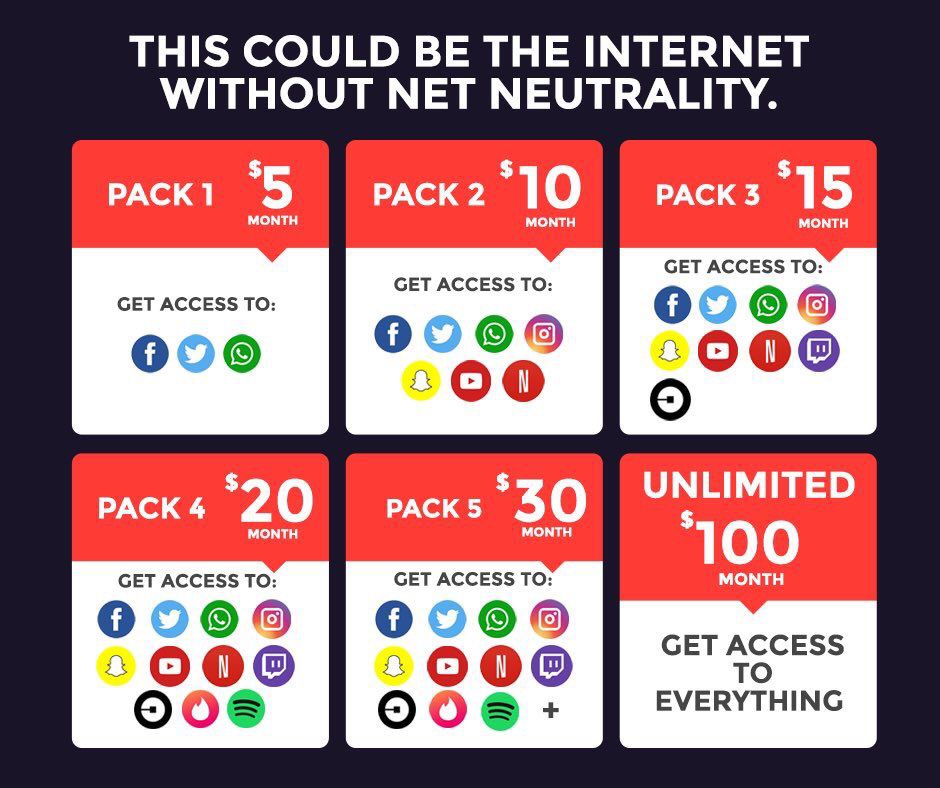 In closing, it appears Net Neutrality could have a negative effect on consumers. In some cases causing the consumer to pay higher prices simply to access something they already pay for. So I’ll leave you with this final food for thought.

Net Neutrality could allow Internet Providers to double dip in order to increase profits. Example Internet Providers could charge companies like Netflix a premium to have “Fast Lane” access on their network. On the flip side, the provider could then offer premium services to their customers for access to internet “Fast Lanes” so services like Netfilx are not throttled. Thus double-dipping and essentially charging twice by charging the provider access to the “Fast Lane” and Consumers access to the same “Fast Lane”.

It will be interesting to see if the Net Neutrality repeal is well appealed or if other regulations go into place to help protect consumers from price gouging. Only time will tell. Until then I’ll sit on the sidelines and enjoy the show while munching on my Jiffy Pop.