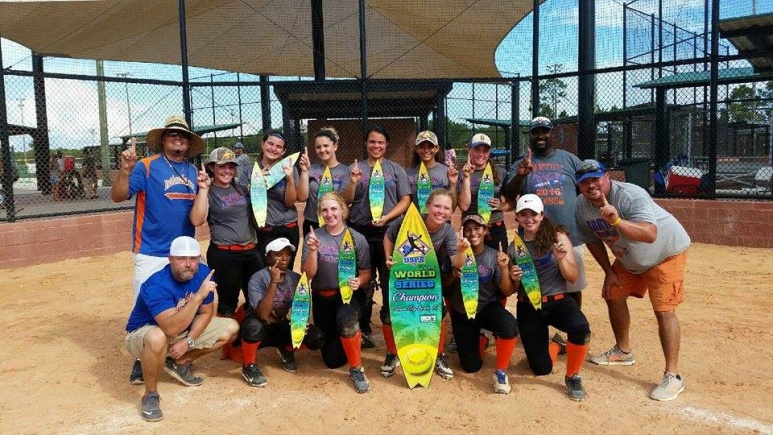 The team just returned back home from playing in Panama City Beach.  They won the 2016 USFA World Series.

These girls worked so hard all week and battled to the end and won it all.

They played 12 games total Won 11 lost 1.  The championship game was against Georgia Cage who was undefeated and gave them their only loss, so they had to beat them twice. First game won 3-2 and the final game was won in a texas tie breaker 4-3. There were 38 teams in their division for 16u.

Congratulations for a Job Well Done!