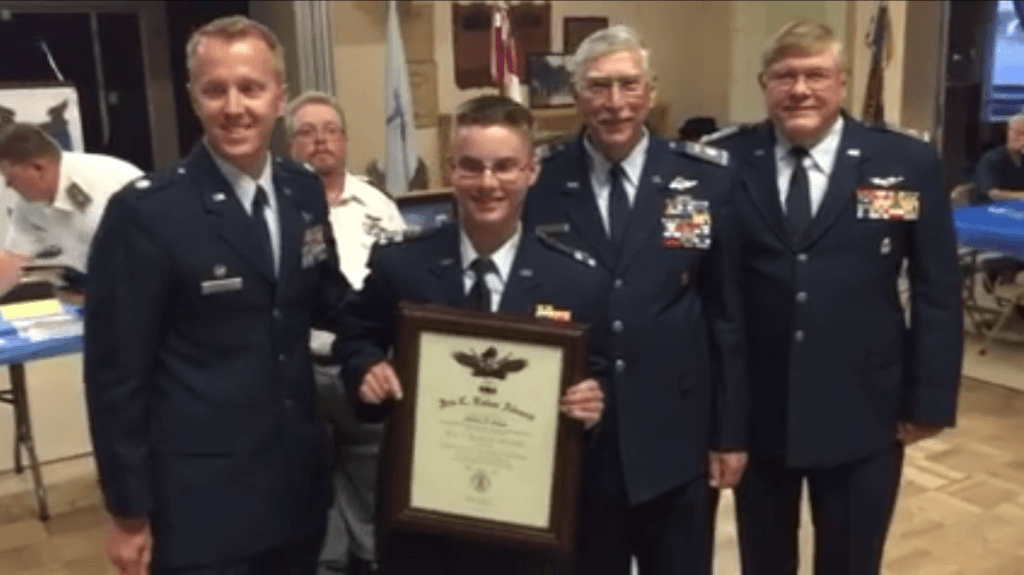 C/LtCol Andrew Pitman with the Civil Air Patrol FL-274 received the General Ira C. Eaker Award at the American Legion Post 8. The General Ira C. Eaker Award is one of Civil Air Patrol’s most prized honors, for it marks the successful completion of all 16 achievements in the CAP Cadet Program. It is presented to cadets who have demonstrated excellence in leadership, character, fitness and aerospace education. Eaker Award achievers are looked upon favorably by U.S. service academies, in particular the U.S. Air Force Academy. About 10 percent of the cadets at the Air Force Academy are former CAP members.  Presenting C/LtCol Pitman with the award was LtCol. Edgar, active duty Air Force Commander of the Avon Park Bombing Range as well has Lt.Col Hall and LtCol Zedonek with the Civil Air Patrol.

Along with this honor, C/LtCol Pitman was also awarded a scholarship of $500 from the American Legion Post 8 to help pay for his training at the NCSA Engineering Academy this summer in Middle, Tennessee, as well as traveling funds from the Bartow Pilot’s Association. C/LtCol Pitman has been with the Civil Air Patrol for 6 years and has been an all around outstanding cadet that has shown great leadership skills, amazing character and has excelled with aerospace education. 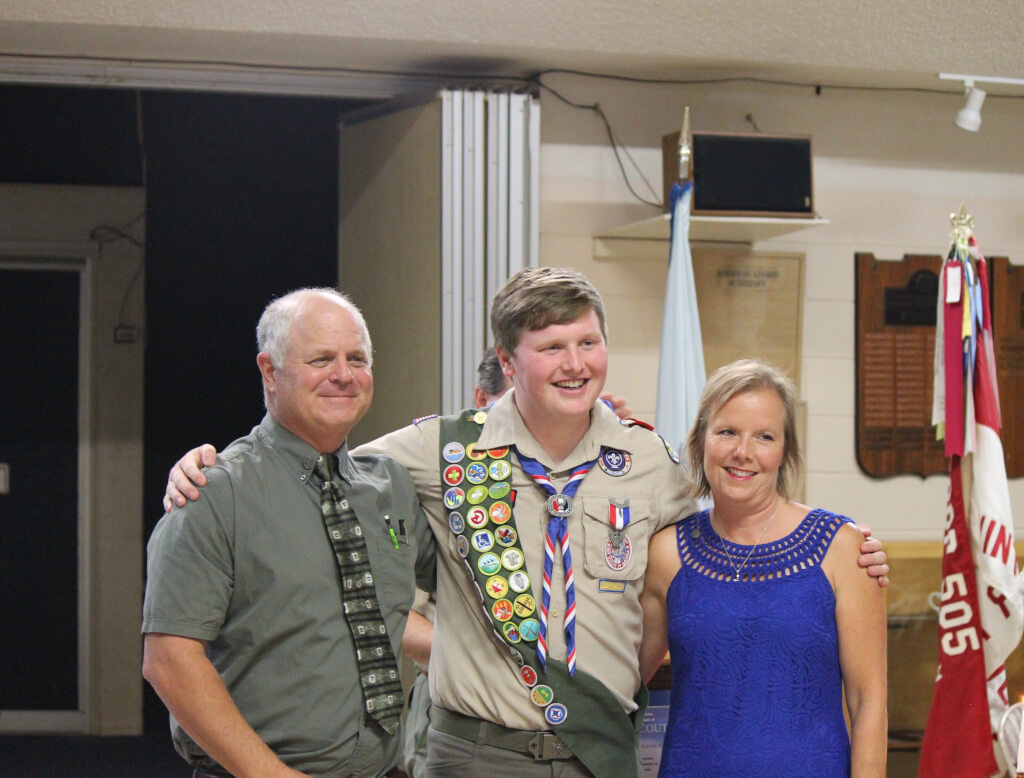 C/Maj Thomas Carlin is dually enrolled with the Civil Air Patrol FL-274 and Post 888 BSAVenturing and Sea Scouts. He was awarded the Eagle Scout, the highest achievement attainable in the Boy Scouting program. C/Maj Carlin also had to do a project for his Eagle Scout. His project was a beautiful Chapel Restoration at the American Legion Post 8.