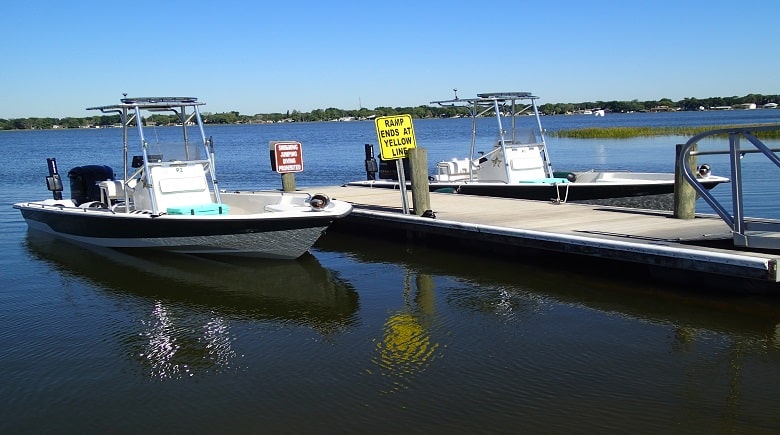 With summer arriving soon, many local residents and tourists will be flocking to the lakes to enjoy summer fun in the water, be it swimming, boating, or even water skiing. But while playing and boating can be fun, it can also be risky. This is why Sheriff Grady Judd wants to remind people to stay safe in the water. 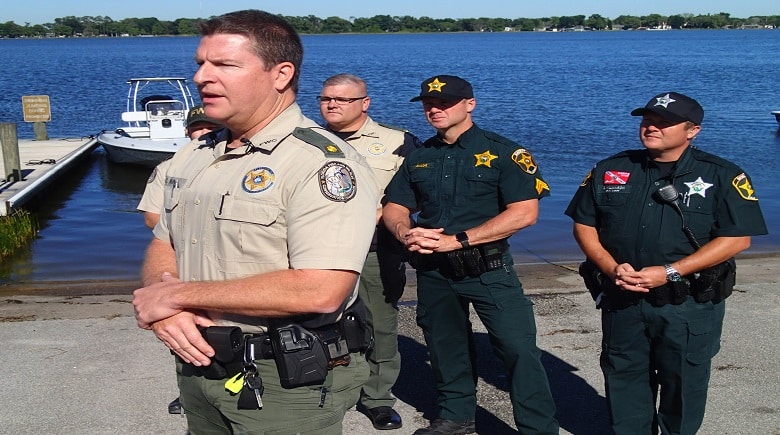 Judd and his team of officers gathered on the shores of Lake Shipp near the public boat ramp in W.G. Roe Park in Winter Haven, where they met for a special media opportunity with members of the press from outlets such as Fox News 13, News Channel 8, The Ledger, and (of course) The Daily Ridge. 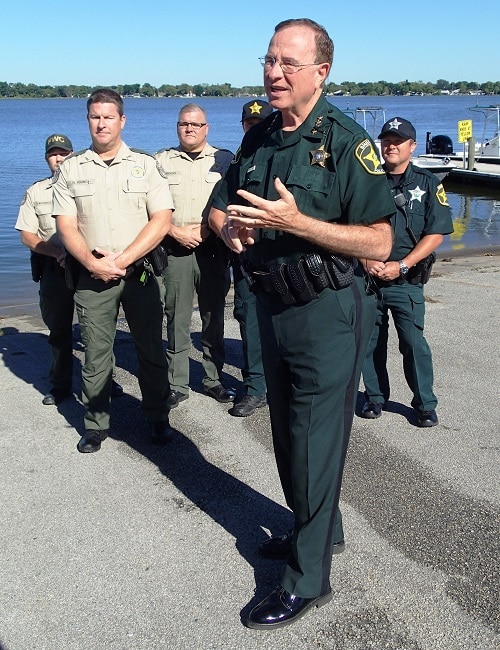 As always, Judd himself took the spotlight to share the importance of boating safety, both in and out of the water, and how local law enforcement like himself help to ensure such safety within the county.

As law enforcement officers, their biggest concern was with the reckless operation of boats, especially due to the intoxication of boaters through alcohol or illegal drugs. Judd stressed that it was important for boaters to not only remain sober, but to remain alert with their surroundings while on the water, and to be mindful of other boats and swimmers in the water.

With more than a million registered vehicles, Florida is the boating capital of the world, which also makes it the leader in boating accidents in the country. In 2017 alone, Florida experienced 67 boating accident fatalities, said Major Roger Young of the FWC.

While he and other law enforcement officers have worked diligently to ensure the safety of everyone in and on the water here in the lakes, he mentioned that such safety could be increased by remaining attentive to boating safety, he said. 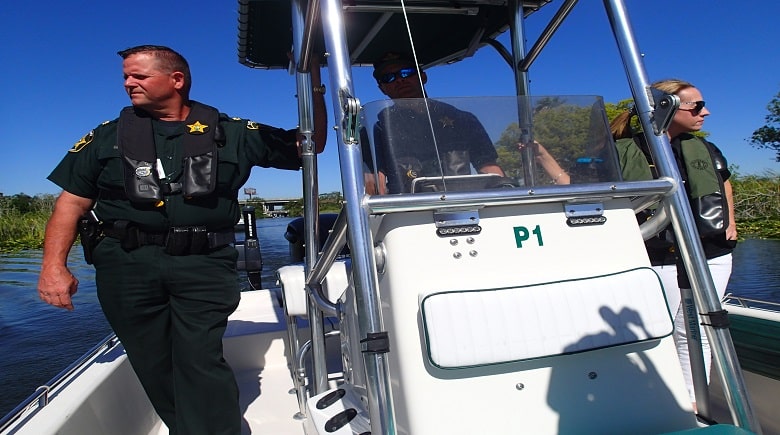 The most important thing people can do to increase their safety on the water is to wear a life vest. Another important factor was remaining alert and attentive to the surroundings on the water, ensuring that their boats are a safe distance from other boats and swimmers. 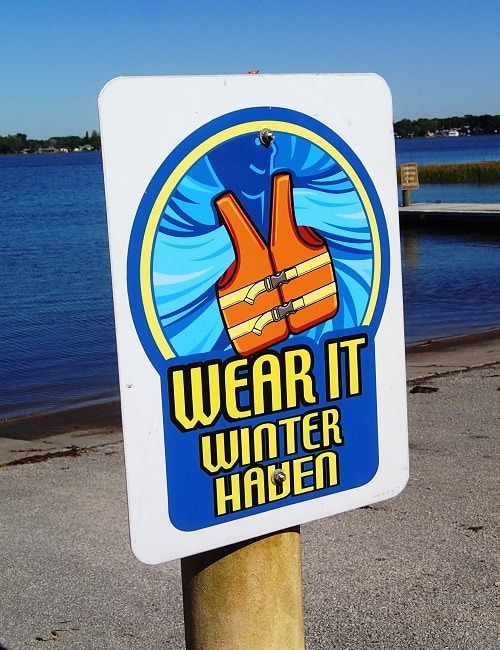 “The FWC here, along with PCSO Marine Unit, have worked very hard to provide a safe enviroment on the water, we want people to come and enjoy the resources, the beautiful chain of lakes and the boating opportunities we have here,” he said.

Other safety precautions concerning boating offered that day included checking your safety equipment before leaving your house for the boat ramp, not exceeding the maximum capacity of your vessel, and taking a boat safety course to learn more about proper boating techniques.

The event that day also included a boating tour of the surrounding Chain of Lakes. Media personnel were treated to a boating trip for a better view of the crystalline waters of the Chain of Lakes including Lake Shipp, Lulu, and Eloise. 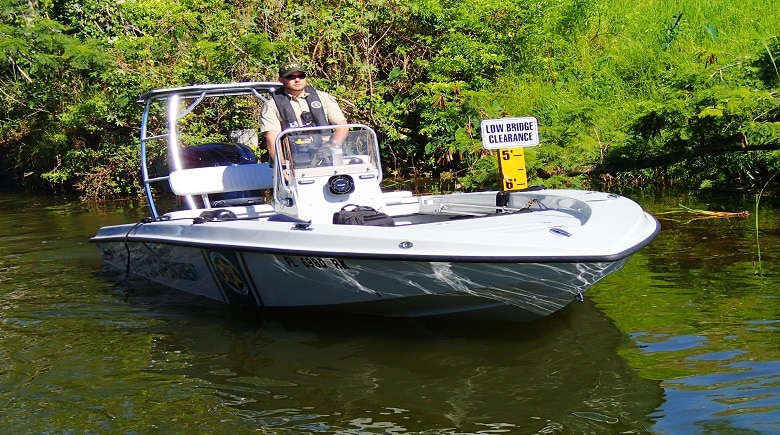 The brief boat tour provided a close-up view of the many sights along the scenic shores of the Chain of Lakes, including the botanical gardens within LEGOLAND Florida and a more than 100-year-old cypress tree along the shore of Lake Eloise, one of the oldest living trees there.

The tour that day also included many chance encounters with local individuals such as the members of the LEGOLAND Ski Team. Especially fortuitous was a meeting with Dick Grant, a local barefoot water skier who had, coincidentally enough, finished taping a video on water safety. 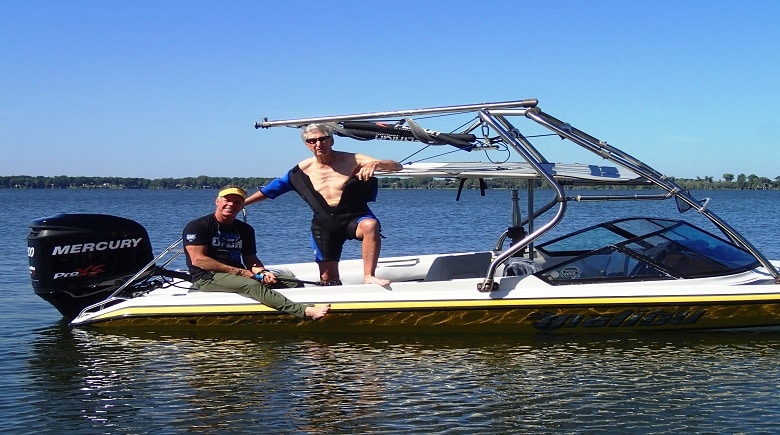 Soon to be celebrating his 86th birthday, the local barefoot skier and war veteran recently appeared in an Advil commercial. Grant had been performing several barefoot ski moves that were filmed by the 13-year-old son of his friend, Lane Bower. The video was picked up by Advil, which became interested in having him star in their commercial, Bowers said.

“He spent 16 years barefooting with me once or twice a year, and he has only fallen one time in 16 years, Bowers boasted. 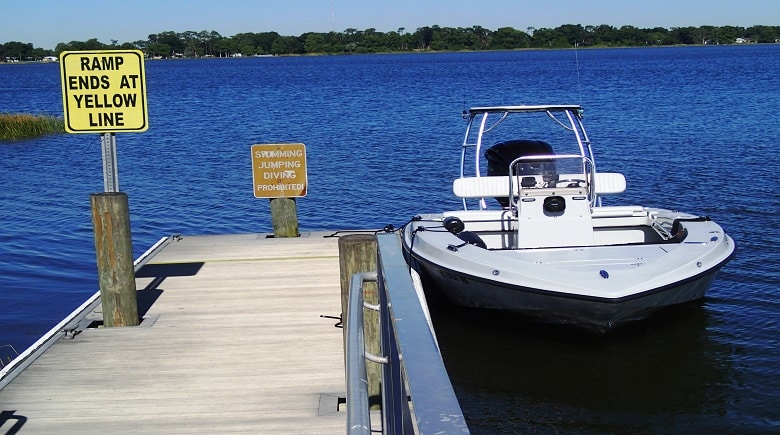