FWC law enforcement to participate in Operation Dry Water, national effort against boating under the influence 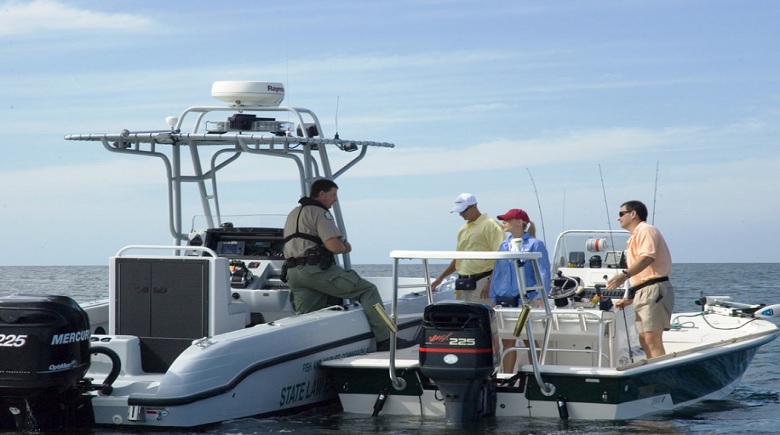 The Florida Fish and Wildlife Conservation Commission (FWC) reminds boaters, as the holiday weekend approaches, that boating under the influence of alcohol and/or drugs is dangerous and illegal. During Operation Dry Water June 30-July 2, and extending through the July Fourth holiday, boaters can expect to see more officers on the water.
During this annual three-day awareness and enforcement campaign, officers will be educating the public, identifying and deterring operators from boating under the influence of alcohol or drugs.
Law enforcement agencies nationwide will be out June 30-July 2, looking for boaters who choose to boat under the influence, and removing them from the water.
“Although the national Operation Dry Water event goes through July 2, FWC law enforcement officers will be extending our efforts through the Independence Day holiday to help everyone have a fun and safe holiday weekend on the water,” said Maj. Robert Rowe, FWC’s Boating and Waterways section leader.
Increased awareness about the dangers of boating under the influence, along with officers focused on identifying impaired operators, aim to drastically reduce the number of accidents and deaths due to impaired boating.
“A big part of enjoying Florida’s beautiful waterways is doing so safely and responsibly. It is our job as law enforcement officers to identify and remove impaired boaters from the water so that everyone else can continue to have an enjoyable boating season,” said Rowe. “By participating in Operation Dry Water, the FWC joins thousands of law enforcement officers nationwide to decrease the number of accidents, injuries and deaths that come as a result of boaters who choose to drink and boat.”
In Florida it is illegal to operate a vessel with a blood alcohol content level of 0.08 percent or higher. Alcohol use is one of the leading contributing factors in recreational boater deaths. In 2016, July had more reportable accidents (96) and more fatal accidents (eight) than any other month. Last year in Florida, 24 percent of fatal accident victims (16) were related to alcohol or drug use. During the national Operation Dry Water weekend of heightened awareness and high-visibility enforcement, boaters can expect to see an enhanced law enforcement presence and increased messaging about this dangerous and preventable crime.
June 20, 2017