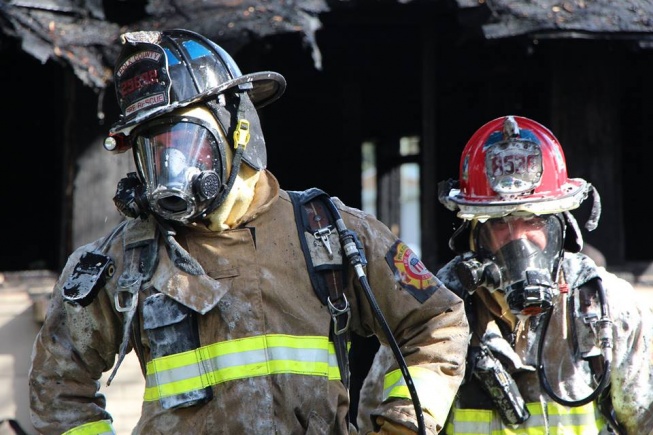 BARTOW, Fla. (December 28, 2016) – Polk County Fire Rescue crews worked several significant structure fires this holiday season that led to death of several animals and destruction of three homes.
On Christmas day, two dogs were killed in a mobile home fire in North Lakeland. Around 5:30 p.m. Polk County Fire Rescue crews arrived at 1721 Quail Trail where smoke billowed from both ends of a mobile home. Crews entered it to see if anyone was trapped inside. But what they found were two unresponsive dogs located under a bed. Attempts to revive the dogs were unsuccessful.
The Red Cross was contacted to assist the person who lived at the residence with temporary housing and food. The person who lived at the home told crews there was faulty wiring in the home, but the cause of a fire has been ruled undetermined by Polk County Fire Rescue.
The following day, a home in Indian Lake Estates was destroyed by fire. Firefighters arrived about 6:45 a.m. at 2600 Park Ave in Lake Wales to find heavy smoke and some flames coming from a single story home.
While crews were assembling, bystanders told them an elderly man lives in the home. But upon searching the home, firefighter crews found no one was inside. At that point, the fire started to vent through the roof. Crews exited the home and attacked the home from the outside. No one was injured.
Tuesday, one person was injured and two dogs died due to a structure fire. Just after 1 p.m. firefighter crews were dispatched to 521 Woodland Ave. in Lakeland. Crews were able to quickly stop the fire from spreading to a nearby trailer park. One of the homes nearby received some damage from the fire.
Four adult males and one adult female, who lived at the home, were displaced and the Red Cross was called to assist with food, clothing and shelter.
It is thought the fire started in the kitchen area, though the exact cause is not clear. Polk County Fire Rescue turned over the investigation to the State Fire Marshal’s Office.
December 29, 2016