Since 2014, SideStreet Art Beat has been serving the Winter Haven community by allowing individuals with Alzheimer’s, dementia, and other special needs to express their creative side.

This local organization that has served the community for the past five years was once again served by its own community during its fourth annual fundraiser, “Be One with One Hundred” on Thursday evening.

As SideStreet Art Beat’s primary funding source during the year, the fundraiser allowed community members and leaders to congregate at Jensen’s Bar for an evening of fine food, music, and camraderie while making any donations they could to the local organization. 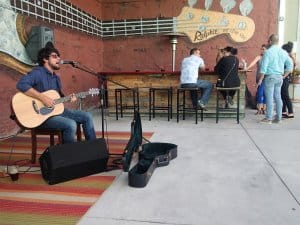 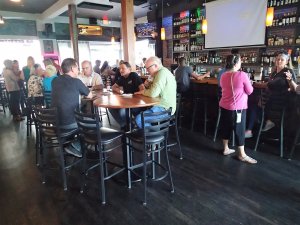 SideStreet Art Beat hosts its annual fundraiser every April at Jensen’s, which is right next door to its art studio. At the event, guests could enjoy a free buffet of diverse food selection donated from local eateries, all while listening to live music and conversing with one another. 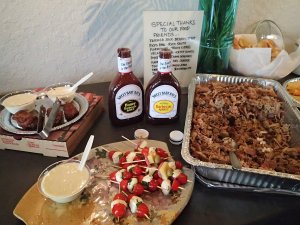 “Be One With One Hundred,” true to its names, was inspired four years ago with the goal of bringing at least 100 people to each donate $100 each. Since then, each annual fundraiser has more than exceeded initial expectations, said Tinia Clark, SideStreet Executive Director.

“It is a no thrills fundraiser,” she said. “We just ask people to support us, and if they have the means to do so and the want to do so, then they do.”

A 501c3 non-profit organization, SideStreet Art Beat offers weekly art classes, programs, and workshops to local individuals with special needs and disabilities, including autism, dementia, and Alzheimer’s disease. These classes allow them to express their artistic sides in a judgement-free environment.

Started in 2014, SideStreet has remained successful and prosperous due to the support it receives from the community, as was most evident during the fundraiser. Most helpful has been the financial support from its sponsors, Jensen’s Bar and ScubnaInc., which also offers it the space for its studio next door.

Other community organizations that has provided their support have been Rockin’ On The River, Home Run and Nat Thompson Legacy, and most recently their partnerships with Polk State College and Brookdale Memory Care- Community Based Learning.

“I hope that we will continue to grow and that we will have more people that will participate in what we have to offer,” Clark said. “I am very grateful for the people within this community.”

Tom Rolstad, a board member of Rockin On The River, has been attending the annual fundraiser each and every year for the past four years.

As someone who knows people who have donated their time to the organization and even participated within many classes, Rolstad has seen firsthand how SideStreet has benefited his local community, which is why he gladly supports it and its leader, Clark—for whom he had nothing but praises!

Stephanie Wardlow, a representative from Alzheimer’s Association, which has worked closely with SideStreet, has been working with Tiana herself for the past ten years.

“What I love is that it is a resource that is not readily available, both with adult patients with dementia and children with autism and different developmental issues,” her associate, Greg Wardlow, said. “It is something that we are really lacking in the community, and it is a great resource to have.”

SideStreet has helped facilitate her Alzheimer’s support group through its early stage art program, allowing support group members an opportunity to show their creativity. While she doesn’t have any initial expectations, she hopes that SideStreetwill continue to offer the same level of service she has come to expect from it.

“I hopes that she will continue to attract the people in our program who will come and attend our programs,” she said. 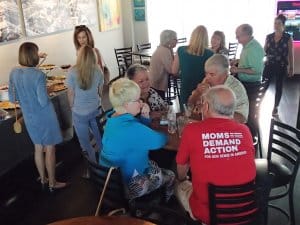 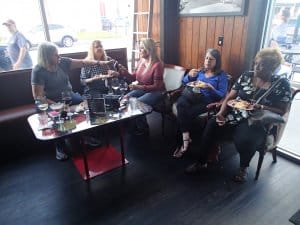