More than $1,800 has been raised for a 12-year-old Lake Wales boy previously diagnosed with acute myeloid leukemia (AML).

Autumn Taylor, 12, a sixth-grade student at Bok Academy South, had been tasked with completing a community service project for her class led by her teacher, Kari Richards. 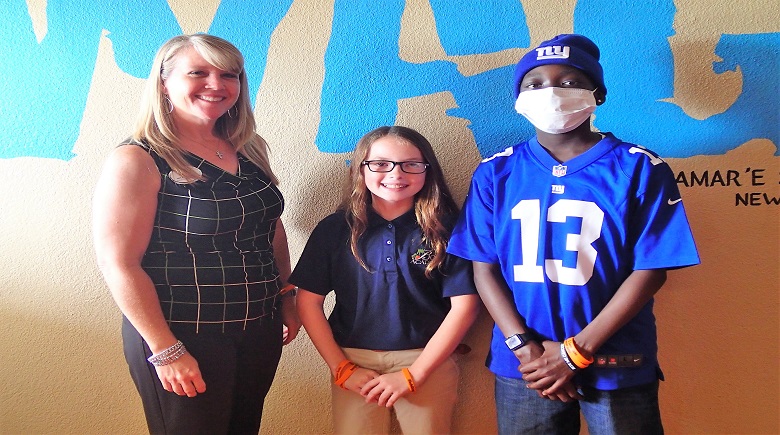 Taylor decided to dedicate her project to raising money for Dailyn Campbell, a local 12-year-old boy and former Spook Hill Elementary School student who required a bone marrow transplant upon being diagnosed with AML leukemia.

She and her mother, Sabina, who works as a teacher at Spook Hill Elementary, ordered several hundred arm bands that they then sold to students and staff at local schools for $2 per band.

Half of the proceeds were initially planned to be donated towards Dailyn to help his family cover his medical expenses, while the other half would be donated to the Leukemia Foundation.

Over the past six weeks, Autumn has been selling her wristbands by visiting several local schools, including her own school at Bok Academy South, as well as Bok Academy North and Lake Wales High School.

Since then, they have nearly sold out of their wristbands, with only 200 left by Thursday, and have raised an estimated $1,800, Sabina said.

If they sell the remainder of their 200 wristbands at $2 each, they will have raised an overall $2,200 for Dailyn and towards the Leukemia and Lymphoma Society.

Though they plan on wrapping up sales by Friday, even if they do sell out of wristbands, they will order more if there is enough public demand for them, Sabina said.

Sabina has been more than astounded by the support that her daughter’s community project has received from the local schools, especially those where the students did not know Dailyn personally.

At the high school alone, the Seahawks football team managed to help sell enough wristbands to raise $390, she said. 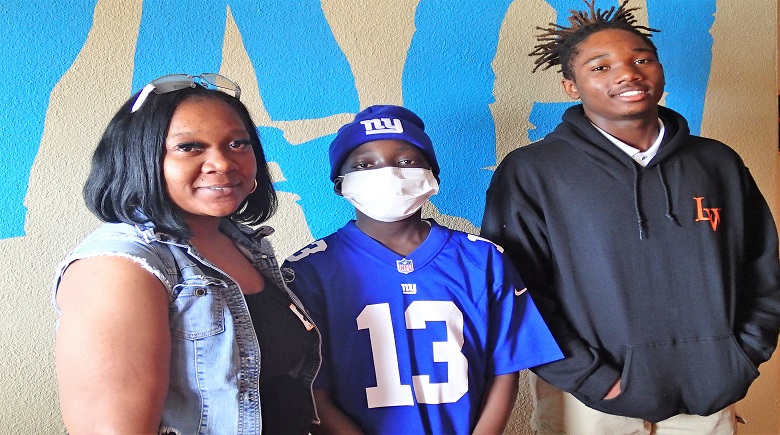 “They do not even know Daylin, but they have opened up their arms to him and trying to help out in the high school,” Sabina said. “They do not know him, they have never played with him, and they heard what we were doing, and they have been selling the arm bands there.”

Seeing the whole community come together to help support a young boy, even if they never knew him personally, by helping buy and sell her daughter’s wristbands have been nothing short of inspiring and endearing for Sabina.

“I just feel that the community has come together as a whole for this family to help them out, and I am just so proud to call myself a Lake Wales resident,” she said. “I love this community and how they can take something like this for a person that they don’t even know and just come together as a town.”

Dailyn was diagnosed with AML leukemia (a more advanced and aggressive form of the bone marrow cancer) in May, and was hospitalized at St Joseph’s Children’s Hospital in St. Petersburg, later transferred to the Florida Hospital in Orlando in August.

Unable to find a local good match for his bone marrow transplant, in spite of their “Be The Match” Bone Marrow drive, his mother, Candice, transferred her own bone marrow through a transplant in September.

Since then, in spite of the slim 10 percent chance that the transplant would be successful, and in spite of him only being given three months to live, his transplant has proven successful. He is now cancer-free and is in full remission, Sabina said.

Even then, the road to his recovery has been a long and tenuous one for both him and his family, as he has required more than six rounds of chemotherapy, as well as several biopsies, feeding tubes, and other treatments.

His mother has since stopped working to remain by his bedside. He had remained within the hospital for up to five months, having only been home for a total of 10 days.

“It was a journey,” Candice said. “I took a lot of time off of work. I was out of work for five months.”

Currently, he is residing at the Ronald McDonald House in Orlando, and is set to be discharged in two weeks.

Unfortunately, his family has since been forced to re-locate, thus leaving him currently homeless and in need of a new residence.

As such, he and his family are currently seeking anyone who has a connection to help them find a new place to live.

Until then, the biggest hope for his family, especially his mother, is that Daylin remains cancer free and healthy.

“I hope that Daylin will keep staying in remission…and that he can go back to his normal life,” she said.

by James Coulter Have you ever read a news headline so mind-bafflingly bizarre that you had to double check to...
Lakeland