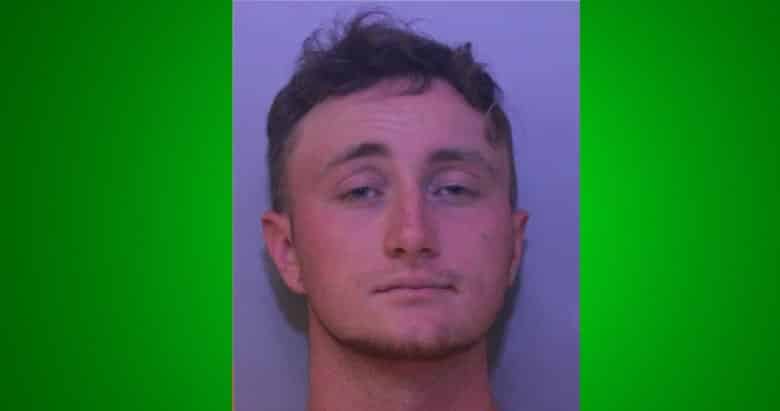 Babson Park, Florida – Polk County Sheriff’s Office Deputies arrested Tyler Smeal, 22, of Babson Park on May 20th and charged him with Shooting into an occupied vehicle, Discharging a firearm in public, Possession of Alprazolam (Xanax), and Possession of Drug Paraphernalia. According to reports Smeal fired many times with multiple weapons at people he felt were trying to rob him after they allegedly showed up to buy cannabis oil, this would be an illegal drug sale if true. The original incident took place on 5/19/2019.

Here is an excerpt of the arrest affidavit:

“On 5/19/2019, I was notified by Sgt Socha of a shooting that occurred in 586 Sunrise Drive in Babson Park after the victim, Tyler Schirmer arrived at Lake Wales Hospital with a wound on the top of his head and his left hand. I made contact with Mr. Schirmer at the hospital. Mr. Schirmer told me he was riding in a car with unknown people on Thornburg Rd in Babson Park when someone began shooting into the car.

I also met with the driver of the vehicle, later identified as Kapieldew Dat. Mr. Dat told me he received a phone call from Mr. Schirmer to come pick him up at the end of Sunrise Dr. because he had a beer to drink and did not want to drive home. Mr. Dat told me a white male wearing a gray sweater and standing 5’9″-5’10” tall was shooting into the vehicle.

A search warrant was obtained for the residence to include the vehicles on the property. I viewed the surveillance video and observed a vehicle pull into the driveway and a victim exited the vehicle and walked into the garage area and out of view of the camera. The victim is then seen running out of the garage. I observed a taller male, later identified as Tyler Smeal emerge from the garage holding a handgun and firing it several times towards the victim. The victim was able to get back in the vehicle as the vehicle pulled out of the driveway. Mr. Smeal continued firing his handgun at the vehicle. Mr. Smeal then went back to his garage area and retrieved a rifle. Mr. Smeal then stood near the end of his driveway and fired two rounds from the rifle before walking back to the house.

Smeal was transported to the SE Substation where a post Miranda interview was conducted. Smeal stated Cameron contacted him and requested to purchase cannabis oil from him. He advised when Cameron arrived, they walked through the garage and into his bedroom, which is just inside the garage door. Smeal stated as they entered his room, he felt something poke his back, so he assumed he was being robbed. Smeal then advised Cameron and him engaged into a physical altercation. Smeal stated he began chasing Cameron out of the house, but was unable to advise a reason why. He advised he was firing his handgun at the vehicle and someone inside began to shoot at him. Smeal then went back inside the residence and got his rifle, because he believed everyone in the vehicle was going to get out and start shooting at him, since the vehicle stopped approximately 100 yards from the residence. He then advised he went inside and woke his brother up, and asked him to go to the vehicle with him to check it. Once they cleared the vehicle, they went back to the residence where they later made contact with law enforcement.

I later located a black stand up safe located in Mr. Smeal’s garage. Alprazolam (Xanax) was located inside of the safe to include baggies. Mr. Smeal told me the safe belongd to him and no one else had access to it.

I arrested Mr. Tyler Smeal for Shooting into an occupied vehicle, Disharging a firearm in public, Possession of Alprazolam (Xanax), and Possession of Drug Paraphernalia.”

The case is still under investigation and additional charges could still be pending. Smeal was released on $7,000 bond pending court appearance on June 25, 2019.